A works outing for a foodie experience near Lake Constance

It was a well-kept secret. The destination was only announced when we were on the coach: the 400-year-old farm of Lochmühle in Eigeltingen. Over the years, this was converted into an attractive farm for the young and old.

Culinary treats, fun and games, excitement and action were on the agenda for the 71 members of our RINGHOFFER team. We were welcomed on site by our tour guide “Ali” who had prepared a farm-themed “Olympic Games”.

This involved a trip on an old-school tractor, a quad bike race and a quarry adventure on Germany’s longest zip-line, which took us straight across the Krebsbach Valley and back again at breakneck speed, causing adrenaline rushes for quite a lot of us. But the agenda also included a few calmer activities such as a hammering competition, a milking competition, archery, horseshoe throwing, and the highlight that no one wanted to miss, bull-riding.

The activities definitely served their purpose and our day was soon filled with music and laughter.

The whole event was rounded off with a cosy farm-style meal at the Lochmühle restaurant, which involved a whole hog roast as well as other tasty treats.

A successful trip all round which we will remember for years to come. 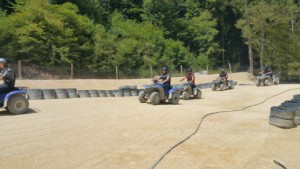 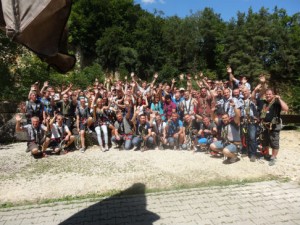 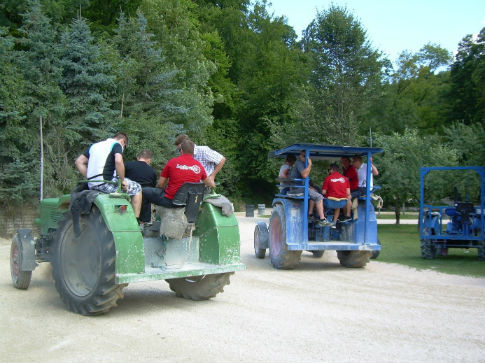 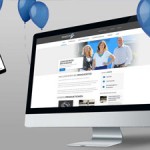 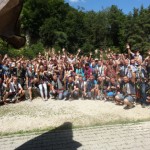